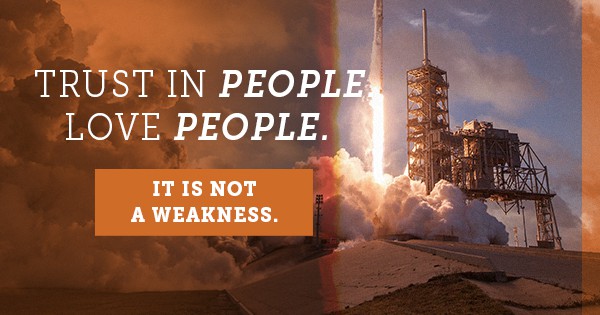 Building relationships at the heart of how we do business at Fuel VM. Andrew explains how failed business deal made him more focused on the value of client relationships. Watch the video or read the transcript below.

Andrew:
I have to get emotionally involved with people in my business world. Like they are friends because that’s going to motivate me and my team to do better work.

The flip side of this is that I had a situation go badly, a business transaction and relationship went bad. I got screwed hard, like freight train-style screwed. And it was just very painful. I poured into this relationship and the situation just went South horribly trainwreck, bad in every dimension that you can possibly think of. I really thought that I could overcome some of the business core competency, skill deficiencies, and be able to, to kind of rise above it and be that trusted advisor. I was wrong. The first thing is really just, you know, you got to internalize that and go, ‘Hey, what mistakes did I make? What did I miss? What do I need to change? What do I need to evolve?’ Because you’re not always sure exactly what’s going to happen in any business relationship. And in this particular case, it just, it stung and it hurt. And it was very personal because that dissolved.

And, the problem wasn’t that I lost a business or an account or anything like that, I genuinely felt like I lost a friend, and that hurt far worse thing to do with dollars and cents. But the biggest thing was to be able to take a breath. And I looked around at all the people who were angry for me and I got really angry, but that went away very quickly. That dissolved very quickly. And what was interesting was being able to kind of look around at everybody else’s reaction to the situation. It had a very human element to it, of, of anger and revenge and justice. And I just went someplace very different mentally.

So when all this went down, I started thinking back to a project that in college, and we had to pick a famous quote and I will never forget this as Frederick Nietzsche quote. And it was, “Distrust those in whom the impulse to punish is powerful.” And, that kept ringing in my head because I would have people around in the situation, like, ‘What? You don’t you want to sue?’ ‘Aren’t you angry?’ ‘Won’t you go get ’em?’ You know, that kind of thing. And it was funny. I just let all that melt away and dissolve very quickly because that negativity wasn’t going to help. I felt very beat up about losing that relationship far more than I did anything to do in the business. You know, being able to not let that impact what happens going forward has to be the point of all of this. This is intentional. I’m going to pour into people. It is really annoying thing. I dig people. I always want to be around people. I care more about relationships than I do necessarily the business because I also realize handling the relationships is the business.

As soon as you don’t, as soon as you don’t have that balance, you’ve missed the point. And to be honest, I’m not going to stop it. It’s so Pollyanna, and it’s so naive, and I totally get that. And I just don’t care. You know, the, the ability to simply say, I’m going to pour into people, I’m going to pour into relationships has to supersede everything else that we’re doing in the world. It has become, I hope part of our DNA. Anybody who has a chance to really kind of sit down and engage with me and the questions that I ask, even though we have work to do, there’s robotic checklists, and project management and blah, blah, blah, blah….understood. But, but when it gets down to it, I have to be able to look somebody in the eye and say, ‘Hey, I’m going to solve your problem.

I’m going to make you save you money.’ You know, if we want to get real crass about it, but that, that has to be a part of it. And that that’s what helps motivate me and hopefully motivates my team. And that that’s just become part of our DNA. There no separation anymore about trying to anticipate needs and trying to serve as clients much more so than, ‘Hey, did you see this cool logo we did?’ Well. Yeah, that’s great and all, but I want to be able to work with somebody two years from now. Not just right now.

Andrew Curtis, owner and president of Fuel VM in Indiana. FUEL VM, a digital strategy and marketing agency, connects you with YOUR customers to drive business GROWTH. Ready to elevate your business strategy? Let’s talk.

It all starts with a conversation. Get started today.