Client Relationships – Part 3: Be intentional about treating others well 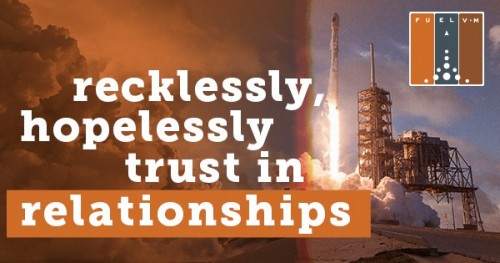 Business success is tied to relationships. How we treat others. How much we care about what matters to customers and clients. Andrew shares his list of three beliefs being relentless about believing in people and that passion drives business success. Listen to the video or read the transcript below.

Andrew:
You know, if you want to think about business success, you can look at it just simply through the lens of wins, plus opportunities minus losses. But, how do we do that? How do we get real intentional with it? And I got a few ideas.

So, number one, always start from a place of optimism. I have this obnoxious habit. If somebody asks me the innocuous question, how are you today? I always say, I’m glorious. It’s so annoying. And I love it. People eat it up and it’s genuine. It is not that I’ve just trained myself to, you know, shout it like I’m a cheerleader. I genuinely believe it. And people feed off of that energy and that’s very real and it’s visceral and it’s so wonderful because I can see how people can feed off of that. Use that, you know, out in your world, in your life. You’ve got to create relationships face to face. And again, with the biggest asterisk, understanding what the business world looks like right now, but I’m a Gen Xer. I’ll let the millennials and the boomers kind of fight out cultural wars. But for me, it’s really about how do you get face to face and, and by face to face, I realized that that means very many different things at this point, but that’s how you build those relationships.

And what’s been fascinating about watching what’s happening in the business world is the inability to communicate. Even though I can see your face, you know, in, in a Zoom screen, the body language, the subtle nuance, the ability to just be present with somebody else, you can’t replace that. So, go be a barbarian, you know, eventually share a meal, eventually be able to share coffee, you know, eventually be able to sit across the table with somebody, even if it’s six feet apart, that’s fine. But that’s the only way you’re going to build a real relationship. When you’re trying to create a relationship with somebody lean into their needs, just for a second, stop trying to sell your crap.

It is so obnoxious. You know what? If you want people to gravitate toward you, find a way to help them. Actually take the time to care about what they’re trying to accomplish, because the weirdest thing will happen…They will reciprocate. In human behavior, it’s fascinating…If you go offer to buy somebody lunch, the first thing they’ll do is was like, ‘Hey, well, I’ll get it next time.’ That’s so cool because there’s going to be a next time. You know, the ability to just simply realize that there is now a relationship. So now there’s a second version of this, but that’s human nature. If I give you something, the ability to want to reciprocate is very human. So if you really want the business world, or if you want your personal life, in many ways, you know, reach out, help other people.

And there’s a much better chance that that’s going to come back to you. Help people find jobs or job leads or create connections FOR NOTHING. Just find a way to help other people. I do this really weird thing. People will send me a resume and say, ‘Hey, I’m looking for a job.’ You know what I do? Actually try. It is so not difficult to make introductions. You know, there’s a currency of making introductions. That’s not a recommendation. So just calm down. I’m not saying that everybody’s gonna believe that you’re saying everybody in the world is great, but there’s a currency to just making those connections.

Next on the list is appreciate that your circumstances are gonna change someday. You know, look, I started out in business. I was the young guy. Now, I’ve had some success and I’ve had an ability to impact other people that gives me the chance to have a bigger network, but I still have young people that come to me and my hairdresser’s nephew might send me a resume.

Well, that person may not impact my business world, but I want to make time and be intentional and purposeful about creating some sort of relationship and touch with them because situations may change. You don’t know. Be selfless right now because someday you may need to be selfish. So, how this all kind of happens is I talk about the idea of cultivating alphas. You know, people in your world that are advocates for you. And the thing is, is that you don’t know who those people are when you run across them in your life. You won’t realize that that payoff happens for years down the road. I love telling this story because one of the great business and personal relationships I have in my life started because I just happen to overhear somebody talk about ABC sports. And I thought, well, I want to be in sports marketing.

So I invited him out to lunch and we go to a Pizza Hut buffet. It’s Pizza Hut. But what ends up happening is over the course of years, we’ve poured into each other’s lives and our business lives and over many, many dollars of business influence and helping each other. It’s been this truly mutual relationship. And it all started over Pizza Hut. We had no idea what we were getting into that day, but it was because it was an intentional act I wanted to grow, and I’m always, always in the process of trying to have coffee and to just reach out. And, you don’t know who the ones are in your life that are going to really make that impact. So, as long as you’re intentional and you do it with, you know, 500 people over the course of your, you know, year or career, whatever that is, you’re going to get the one you’re going to get the one diamond, you know, relationship that’s going to really lock into place.

And again, don’t worry about whether that person is an alpha or not. You’re not going to be able to know that upfront because, again, their situation is going to change, but it really comes down to human beings. You know, I’ve used the example all the time…. Every business decision is not just based on what I can put in an Excel sheet. You have to be able to have a relationship. You have to be able to connect with people at a human level. And if you do that, your odds of being successful are so much higher. So, to me, the whole point is just be intentional. You know, this has to become part of your DNA and not even so much about your personality profile and whether you’re comfortable or not, but then it just becomes intentional in your relationships because I’m so hopelessly optimistic about just being hopelessly and recklessly, trusting in people and that the wins so far outweigh the losses.

Andrew Curtis, owner and president of Fuel VM in Indiana. FUEL VM, a digital strategy and marketing agency, connects you with YOUR customers to drive business GROWTH. Ready to elevate your business strategy? Let’s talk.

It all starts with a conversation. Get started today.